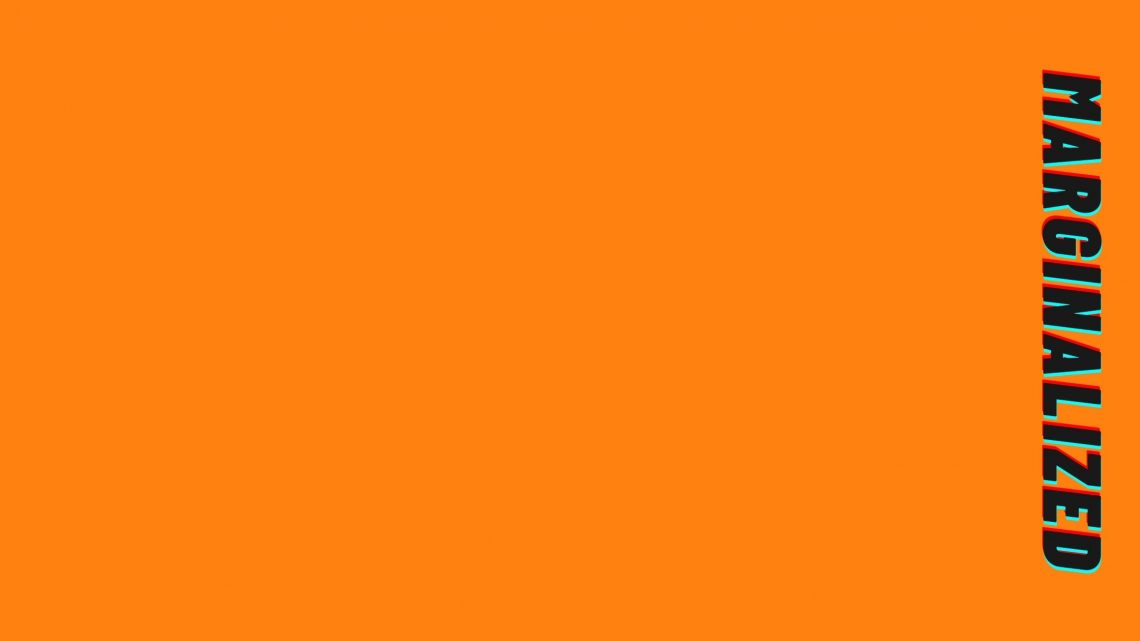 This essay first appeared in This Week in Bitchcraft, my weekly newsletter, on October 3. Like it? Subscribe here for more weekly goodness.

I don’t know for sure, but I think it was Ta-Nehisi Coates who popularized the use of the expression “Black bodies.” I am guessing that the phrase originated with post-colonial theorists or the suddenly-controversial scholars of critical race theory. But I’m pretty sure Coates, one of America’s very best male essayists working right now, popularized it, starting with his 2015 book Between the World and Me, an extended letter to his son that revolves around themes of Black embodiment.

I thought a lot about this phrase “Black bodies” this summer, while watching and reading about the astonishing wave of Black Lives Matter protests happening in the United States and around the world.

I saw and heard it being used more frequently than I had ever noticed before.

There was good reason for that.

After all, we were talking all summer about Black lives and Black death: the Black people who had been killed by police, senseless murders of Black trans women, and the disparities in the health care system that led to Black people dying at disproportionately higher rates of COVID-19. (Last week we heard the disturbing news that almost all of the children and teens in the US who have died of COVID-19 were Black or Latinx.)

In these contexts, the phrase “Black bodies” makes sense. We are and were talking about systems-level racism that truly dehumanizes Black people and erases their singularity.

Dehumanization is a practice of separating a person’s humanness from their fleshy body, an objectification that casually facilitates death.

The impersonal detachment embedded in the phrase “Black bodies” allows us to understand the position of a particular (Black) human in relation to a particular (white supremacist) system. “White bodies,” on the other hand, is a phrase you just never hear, because white privilege situates white people entirely different in relation to systems of power. White privilege affords us white people the belief that our lives are unique, singular, important. We shouldn’t be demarcated by our race! We are individuals! You can’t lump me in with other white people like that!

In our efforts to shine a light on racist dehumanization, we need to be careful not to dehumanize in turn. And by “we,” I mean anyone who is not Black, because the risk of doing this certainly does not lie with Coates or any other Black person. So I just want to suggest that before non-Black people use the phrase “Black bodies,” we just pause and think: is this the right phrase for the right context? Will the meaning we are trying to convey be enhanced by adopting a systems-level POV on the people we are talking about? Sometimes the answer will be yes, but I do think that sometimes the answer will be no.

This phrase “Black bodies” came to mind this when I read the story about Joyce Echaquan, an Atikamekw woman who died in a Joliette, QC hospital this week. Echaquan went into hospital last Saturday due to stomach pain, and died two days later. Shortly before she died, Echaquan turned on Facebook Live and screamed for help, fearing she had been overmedicated. For seven minutes, she was able to broadcast the disturbing, verbally abusive treatment she was receiving from hospital personnel.

It is revolting to think of this human being being treated this way from the very people who, at some point in their lives, surely must have been deeply connected enough to their own humanity to think “I want to go into a helping profession.”

But to those hospital staff, Echaquan was no doubt just an “Indigenous body,” one whose screams were an inconvenience.

We don’t know much about the details of her life, but we do know she was loved, that her body was a home for her 7 children (the youngest who is only 7 months old), and that she was singular and unique and important. A Go Fund Me has been set up for her family.

According to news reports, there was been a pattern of racist abuse at this particular hospital for quite some time. But of course, we don’t listen to Indigenous women who file complaints about racist treatment and medication errors, even though these complaints are corroborated through mechanisms we do like, like commissioned reports.

Death is as sacred as birth. I wish for all of us to have both times filled with safety, love and ritual.

Because of the casual racism found in this hopsital, Echaquan’s death was filled with fear and dehumanization, and perhaps was entirely preventable in the first place.

When we dehumanize others, we dehumanize ourselves, which is why I want to close with a quick reminder for any readers who considers themselves a leftist/ progressive (and if you’re not…why are you here?). Let’s resist and criticize the shit out of Trump at every possible opportunity.

But remember this: when you mock Trump for being fat, or share memes where his size and shape is the punchline, he will never hear you. But your fat friends will.

(I hasten to add: I am not the first person who’s made this observation; in fact, I’ve read it so many times on Twitter, I don’t know who originally said this. If you do, let me know, ’cause I’d like to give them credit.)

So let’s go ahead and say whatever we’re going to say about Trump and his band of goons contracting COVID-19. We ALL have thoughts and feelings about this. I mean, the reason why I didn’t choose HUBRIS: THE VIRUS OF THE WHITE REPUBLICAN ELITE as my essay topic this week is not because I didn’t have anything nice to say, but because I didn’t have anything original to say, a far bigger crime in my book.

But before you start commenting on Trump having the COVID, please look beyond the simplistic headlines that suggest fat peoples’ fatness is to blame for their higher rates of death by COVID-19.

A study of over 10,000 US veterans just published in JAMA that fully adjusted for confounding variables finds high BMI was NOT a risk factor for hospitalization, mechanical ventilation or mortality in COVID-19. Moreover, according to anti-diet dietician Christy Harrison (whose breakdown of the study I am quoting from here), although Black patients were more likely to be hospitalized and to receive mechanical ventilation than white patients, they WEREN’T more likely to die.

As Harrison writes, “we need to stop jumping to the conclusion that high BMI independently raises COVID-19 risks; when we have good studies that control for confounding variables, those supposed risks disappear. It’s not the weight.” You know what it is? It’s the treatment and medical bias against fat, Black and Latinx people in the U.S. and Canadian health care systems. It is discriminatory and erroneous beliefs about “Black bodies” and “fat bodies” that shape the medical practices that hurt and kill people.

So before you join the “Trump blah fat blah COVID blah die” brigade, please remember: the fact that Trump is currently receiving the quality of health care that thin white people (with good US health insurance) receive will be a far bigger variable for him than his size or weight.

I wish that all fat people who catch COVID could be assured of the same thing. 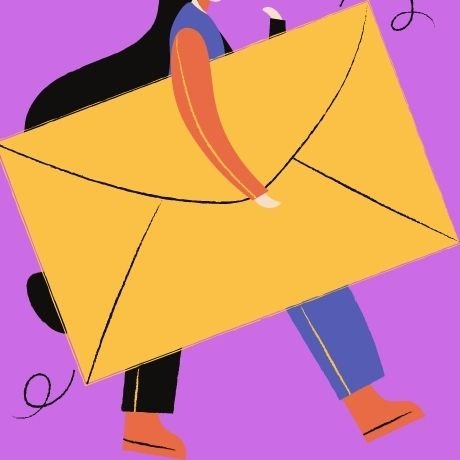 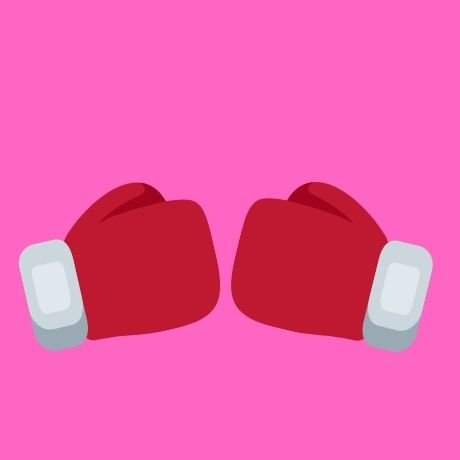 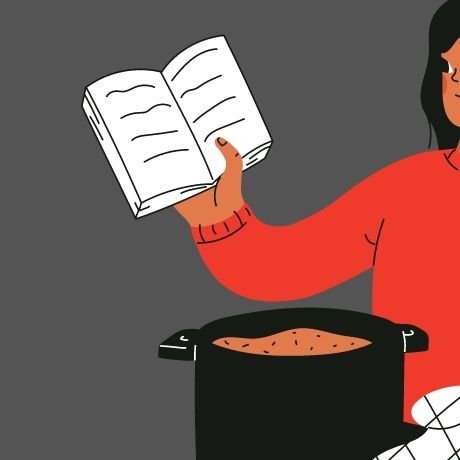 When grief toasts the love of life