If you care about kids, fight weight stigma 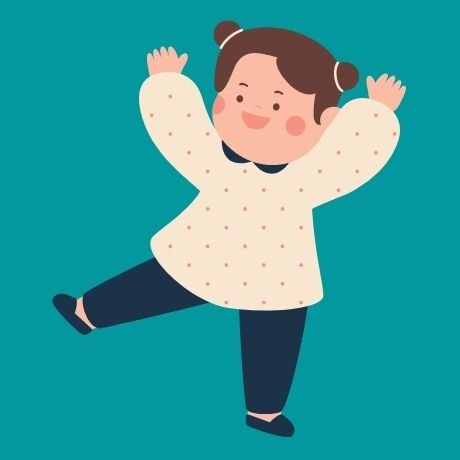 On Tuesday, Weight Watchers released a weight loss app intended for children 8 to 17 years old. Yes, a weight loss app for human beings at a life stage when they are de facto meant to be growing and gaining weight.

What the actual fuck.

This is profoundly, abjectly immoral and deeply symbolic of how fucked up our relationship to body size is. Arguing for how wrong and damaging this app is feels a bit like explaining why you shouldn’t eat dog poop,  but I’m going to anyway, because if you are either healing your own relationship with your body or you’re interested in being an ally to those who are, this may interest you.

I know you may feel some kind of way about Weight Watchers, either for nostalgic reasons or because you have had a time in your life when you have felt helped by this company. That is ok—Weight Watchers marketing tactics are pretty unparalleled, so this makes sense to me.

But it’s also important to understand how morally hollowed-out this company is. Last year, when Weight Watchers floated the idea that they would launch a weight loss app for 13 to 17 year olds, parents and eating-disorder experts responded with concerns about unhealthy outcomes, including food obsession. And you know what these reprobates did in response? They doubled down and released an app oriented at children who haven’t even left grade two.

Weight Watchers did this because they have no qualms with promoting dieting, eating disorders and food obsession among children. What’s important is to get new customers while they’re young, so they become brand loyal and keep buying the product when–surprise–the weight eventually comes back. The Weight Watchers business model is no secret: people use the product, experience  short-term weight loss, and then when the weight inevitably comes back (because diets don’t work), users don’t blame a faulty product–rather, they blame themselves. So they go back to the product again and again, compromising their health over and over. (Because remember, thinness is not health–you cannot know someone’s health status just by looking at them–and weight cycling, aka yoyo dieting, increases mortality rates.)

According to the American Academy of Pediatrics, dieting is a risk factor for both weight gain and eating disorders in adolescents, and “weight talk” (i.e. “Sweetheart, since you’re chunking up a little bit [due to the natural state of puberty], I downloaded this Weight Watchers app on your phone”) is linked to weight gain and eating disorders. And you know what? Out of all the mental illnesses out there, an eating disorder–anorexia–is actually the deadliest of them all. In other words, children are actively harmed by fat shaming and a preoccupation with weight.  And yet! Weight Watchers deemed their bottom line more important than children’s health.

Bottom line: anyone who is concerned about children’s actual health should fight weight stigma instead of concern-trolling fat kids.

There is a petition you can sign if you feel similarly, which is here. If you want to learn more about what the conventional mainstream conversation about weight gets wrong, I can recommend Body Respect and other work by physiology professor Linda Bacon, Ph.D. (Yes, that’s her real name.)

This piece originally appeared in The Generalist on August 8, 2019.

My body, my mindset and me