We don’t have to panic about the children 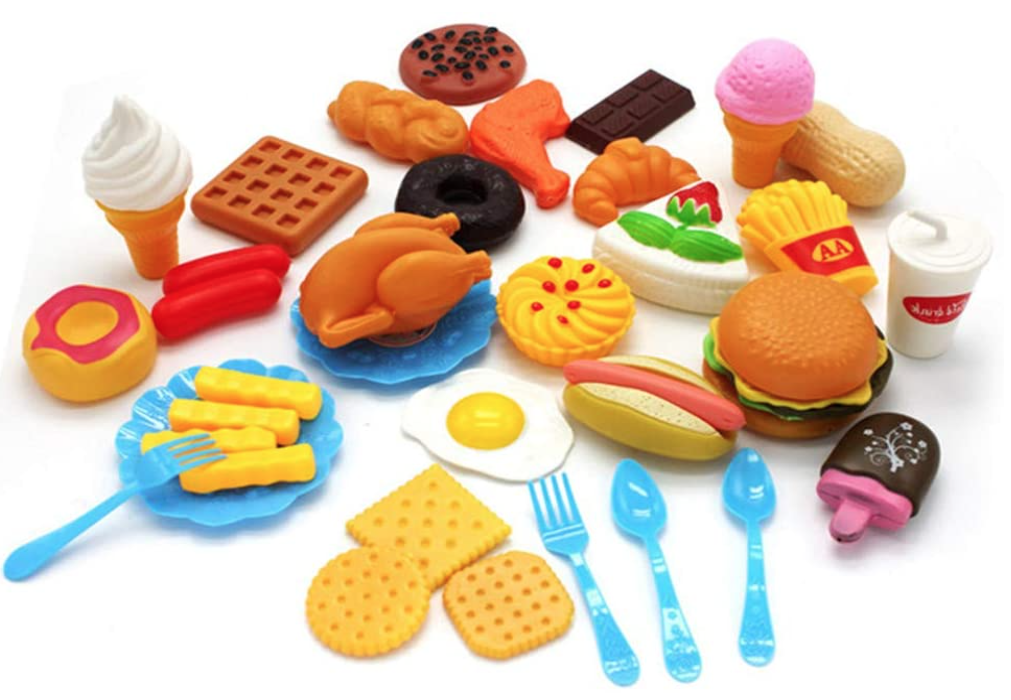 This week, I saw several stories about how shitty it is to be a kid living through the pandemic. Specifically, the stories were about how adults and kids are freaking out about kids gaining weight. So let’s parse this freakout.

First, we have collectively lost sight of the fact that kids’ job is to physically grow into adults. That literally means that it is healthy, normal, appropriate and desirable for kids to gain tens and tens of pounds, especially in puberty. But the diet culture we are all swimming in lies to us and tells us that that is not the case.

From the NYT: “People don’t realize that it’s very normal for bodies to change, pandemic or not,” said Dr. Katja Rowell, a family physician and childhood feeding specialist. Many children, of all ages, tend to follow a particular growth pattern that involves “rounding out” before they shoot up in height, she said. This is especially common just before and during puberty, a time when kids can gain up to half of their body weight. “We may be seeing normal variation in weight and height that we’re now blaming on the pandemic,” Dr. Rowell said.

So there may not even be a problem AT ALL right now, but because we’ve spent a whole year at home with our kids, watching them grow, and—let’s be real, here—projecting our fears of our own weight gain onto our children, we’ve now become very anxious about our society’s favourite bogeyman, Childhood Obesity. And the kids themselves—immersed as they are in diet culture via parents, social media and peers—are anxious about it, too.

Guess what the consequence of this is? Eating disorders are sharply on the rise in children, in what Toronto’s Hospital for Sick Children is calling a “shadow pandemic.” (Side note, especially since the Globe story got this wrong, that fat children & adults can have eating disorders, too. Anorexia is not the exclusive province of waifs.)

From the Globe and Mail: Children as young as 9 and 10 are being treated for eating disorders… “Teens are telling me that they have more time to focus on their body image concerns. They find social media very triggering, and what started as a way to become healthy quickly spiralled into disorder eating and unhealthy behaviours.”

From the NYT: “When we try to get kids to eat less in order to weigh less, we often see the very outcomes that we’re trying to prevent,” she said, referring to the work of the late Leann L. Birch, a developmental psychologist who showed in several famous experiments that overly controlling what children eat can cause them to fixate more on the foods parents don’t want them to have. That may manifest as a toddler demanding extra cookies or a teenager binge eating in the middle of the night. A study published in 2007 in the journal Obesity found that parents with anti-fat attitudes were the most likely to restrict their children around food. “If we are seeing a rise in weight dysregulation during the pandemic, part of that has to be laid at the feet of all of the fear-mongering we see about kids and weight,” Dr. Rowell said.

I SEE. So when we look back retrospectively at the pandemic and find that there was, in fact, an increased pattern of weight gain among the current cohort of kids—because, remember, we don’t ACTUALLY know that this is happening—it will have been the fear-mongering about weight gain itself that is the culprit for weight gain, because we were trying to control the direction our children’s bodies were growing in by restricting their food.

So just so I’m clear, here: we fear fat, so we try to control our kids’ food, so they end of gaining weight, and because of intense weight stigma in society, we push them through that cycle over and over, and they develop disordered eating or eating disorders. OKAY THAT SEEMS LIKE AN ACCEPTABLE PRICE TO PAY TO (TRY TO) NOT BE FAT.

From the NYT: “We get the message that being a good parent means having a child in a certain-sized body, but I like to remind parents that they are not in charge of their child’s weight,” said Anna Lutz, a dietitian in private practice in Raleigh, N.C., who specializes in eating disorders and family feeding. “Instead of worrying about weight, focus on supporting kids in taking care of themselves emotionally and physically.”

Listen, I get it. I have deep compassion for the parents whose body image issues get deeply triggered when they see their kid reach for a piece of bread or eat “too much” of some highly charged bit of food. My daughter was six years old when I started to heal my own relationship with food and my body, which was plenty of time for me to have freaked out feelings of my own.

And I know that every parent is just trying to do right by their kid, and we think that taking the literal cookie out of a kid’s hand is the right thing to do. Because this is where we are as a culture.

As a society, when we are asked to confront the fear of fat that drives disordered behaviours, weight gain and weight stigma, we simply…balk. We act as though we don’t know what damage a weight-obsessed focus on “health” does, when we absolutely do. We feel we have no recourse to promote health other than to restrict/control food, aka diet.

Here’s the thing, though. The way to attend to kids’ health is not to remove them from their bodies, as Lesley Kinzel writes, “but to give them the opportunity to live in a world and a culture that is healthful and positive for all bodies, according to individual ability and circumstance, whether they are fat or not.”

The difficulty of parenting in the pandemic is that it’s almost impossible to consistently do what we know we “should” be doing to genuinely promote health in our kids in a weight-neutral way: limiting screen time, getting them playing and moving around outside, and ensuring they have secure social bonds. These are precisely the things the pandemic has fucked up for us.

And so our anxiety about our kids spikes, and we seize on controlling their food as a concrete and immediate way of relieving that anxiety.

When you dig below the surface of the anxiety, what we see are parents who are fucking scared of being judged if their kids grow beyond a certain size. Beyond “I just want them to be healthy” is the terror of what people will think. So the antidote to this fear, they think, is for their kid to not gain weight.

The problem is that this approach might temporarily relieve some of YOUR anxiety, but I promise it will  increase THEIR anxiety. And that is not health-promoting, right?

Aside from the fact that you can’t control a body that’s going through puberty anyway, attempting to control your kid’s weight because you’re scared of weight stigma is analogous to sending your kid to conversion therapy because of your fears that they will be judged for being gay.

But more to the point, putting your shit on your kid won’t solve your freaked out feelings. YOU need to solve your freaked out feelings by taking responsibility for them. You can do that by educating yourself, and I’d suggest starting with the Ellyn Satter Institute and specifically Satter’s book, Secrets of Feeding a Healthy Family. And of course, there’s always good old journalling, thought work/mindset exercises, talking to a trusted friend, therapy and coaching to manage those intense feelings.

I am not an expert, but it seems to me that what kids need right now from their families is a feeling of security and connection during a global pandemic. Beneath food obsession is shame, and as we know from Gabor Mate, the opposite of shame is connection. And if your kid is showing signs of food obsession, whether it’s restricting or bingeing, start with gently checking in with them. If you have a real fear that the signs of food obsession your kid is showing may be an eating disorder, get help. And let’s work on the real antidote to this mess: being the parent and the person that welcomes your child’s body, no matter what state it grows up and into. 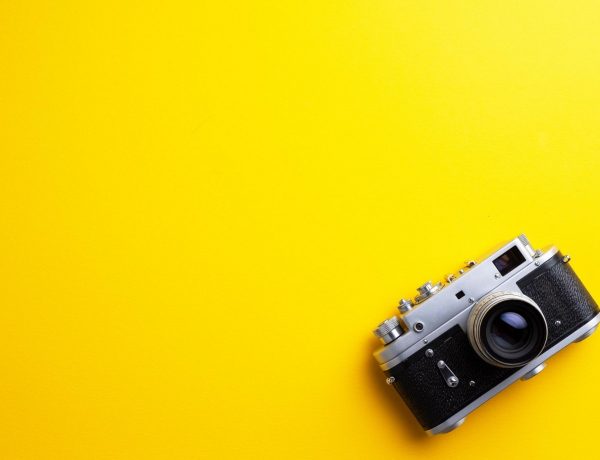 Hate seeing pictures of yourself? Here’s 6 ways to deal 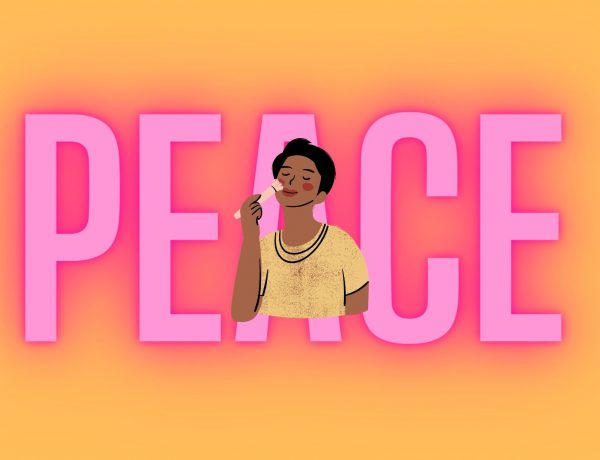 Ending the war on your body is a spiritual practice 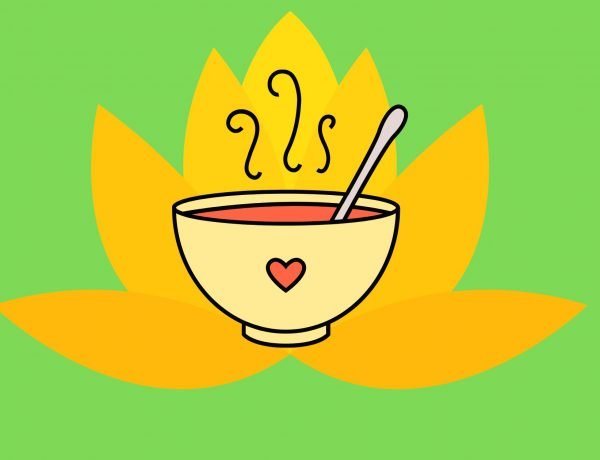 How dieting fails to deliver what you really want